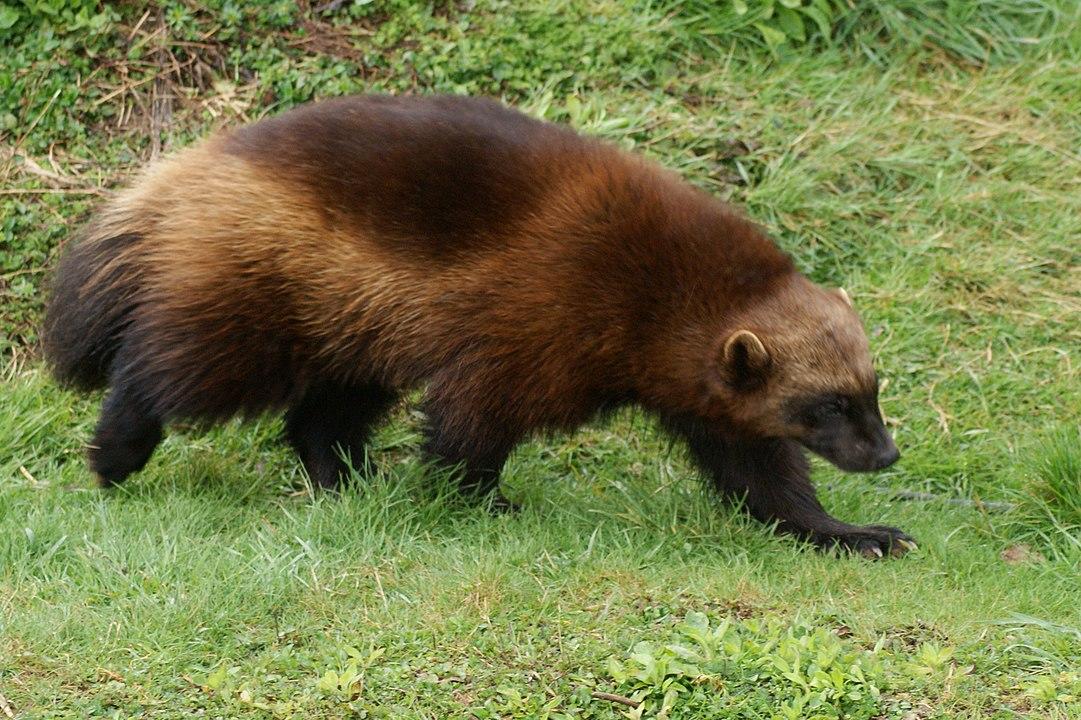 Wolverines are large omnivores, primarily scavengers, in the weasel family (Mustelidae).  Although wolverines did occur historically in the Great Lakes region, there is currently no evidence of a breeding population in Minnesota, Wisconsin, or Michigan. Only one wolverine has been confirmed in Michigan in the past 200 years. Wolverines are present in Ontario near Hudson Bay, which represents the closest wolverine breeding population to the Great Lakes region.

Measurements are from unspecified North American locations in Hazard (1982) and Wilson (1982).

Historically, wolverines were found in northern portions of the continental U.S., particularly the Rockies, north throughout Canada and Alaska. In the continental U.S. wolverines have largely been extirpated except for the Rocky Mountain region and remnant populations at high elevation in Pacific Coast states.  Hunting and trapping contributed to declines and extirpations.  Wolverines are presumed extirpated from all states in the Great Lakes region, and threatened in Ontario.

Worldwide, Gulo gulo has a circumpolar distribution associated with boreal forest and sufficient snow cover to aid thermoregulation.  Wolverine populations are most numerous in Russia, Canada, and Alaska, and scarce in Europe and the continental U.S.

Wolverines have an IUCN rank of Least Concern, IUCN information.

Wolverines were more common in northern Minnesota until almost extirpated by trappers by the 1920s (Hazard 1982).  Occasional sightings in Minnesota are transients, generally from Ontario.  Deep snow cover during the denning season is important for wolverine population persistence (Aubry et al., 2007), so historically wolverines in the Great Lakes region were at the southern extent of their range.  Climate change can be expected to reduce snow pack in many regions in the continental U.S. including Minnesota, decreasing available suitable habitat, and decreasing the probability of maintaining a viable breeding population (McKelvey et al., 2011).

Wolverines are primarily nocturnal, and need large tracts of boreal wilderness with deep winter and early spring snow pack. Wolverines primarily feed on carrion, although they can kill large prey such as deer and moose.  Deep snow aids hunting wolverines, as prey are more prone to flounder and tire (Wilson, 1982).  Excess food is cached.  Wolverines primarily eat meat, although they will also eat berries, other plant material, and human-cached food.  Males and females become sexually mature at 2 or 3 years old.  Mating season peaks in May-June, with delayed implantation typically occurring in January-February.  Active gestation lasts 30-40 days, with an average of 2-3 kits born 215-272 days after copulation.  Females rely on deep snow for dens, digging eight feet or more into snow to provide warmth for kits.  Kits grow rapidly, leaving dens in April-May, and reaching adult size by their first winter.  Trapping was a large historical cause of mortality, and conflicts still occur in the backcountry.  Regional declines in large mammal populations also have negative impacts on wolverine populations.  Wolves and other large mammal predators and raptors will occasionally kill a wolverine.  As wolverines are scarce and secretive, wolverines have been less studied than other carnivores.

Because wolverines raided trap lines, ate human food stores, and scent marked with musk, they were often viewed as pests by trappers.  In response, trappers reduced and extirpated wolverines from portions of their range (Laliberte and Ripple, 2004).  Timber harvesting, road construction, and other human disturbances have reduced habitat quality for wolverines.  Wolverine fur is prized for parka hoods, as frost from human breath can easily be brushed off wolverine fur (Hazard, 1982).  Wolverines have huge home ranges and have a sparse density, which lessens their impacts.