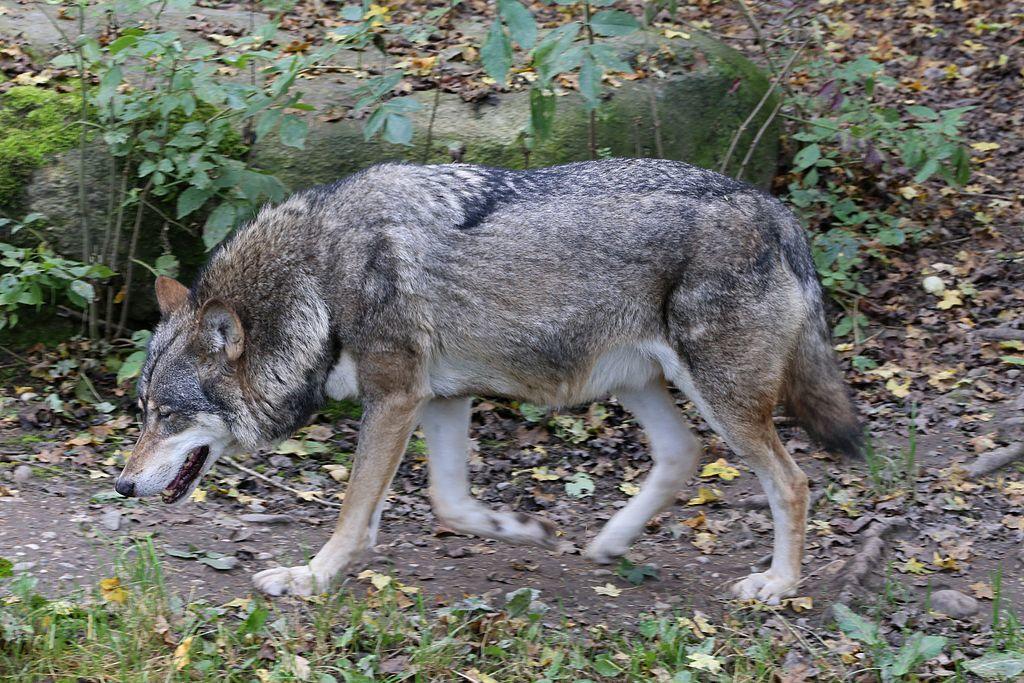 Wolves (Canis lupus) are large carnivores in the dog family (Canidae). The major identification challenge is distinguishing between wolves, coyotes, and domestic dogs. 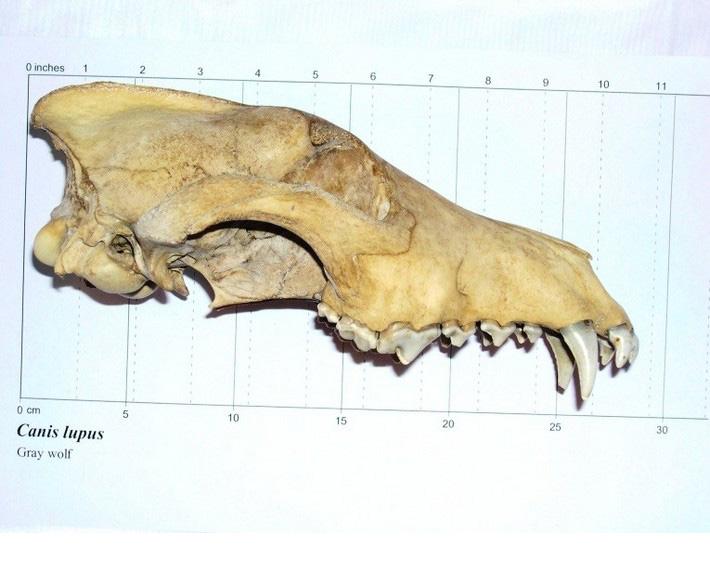 The current gray wolf populations in North America have been severely constricted northwards relative to historical distributions. Initially distributed across North America, human development and interaction has reduced their population and distribution. The wolf’s range has contracted by 42% since the 19th century (Laliberte and Ripple, 2004). In the continental U.S., the only viable populations of gray wolves were found in Northern Minnesota and Isle Royale from 1960-1989 (Roell et al., 2010). Gray wolves have recovered and are now present in the Northern Rocky Mountains and the Great Lakes Region. The Great Lakes population segment of gray wolves was taken off the federal endangered species list in 2012 (Erb and Sampson, 2013).

Populations are apparently secure in Ontario and Wisconsin, vulnerable in Minnesota and Michigan, and are presumed extirpated from Iowa and North Dakota.

Worldwide, Canis lupus was the world’s most widely distributed mammal, found in much of the northern hemisphere north of 12-15 degrees latitude.  Wolves have been extirpated from much of the U.S., Mexico, and Western Europe, but still have an IUCN rank of Least Concern.

In Minnesota, wolves can only be killed in defense of human life.  Only government agents are authorized to kill wolves to protect pets or livestock.  All incidents should be reported to a Minnesota DNR conservation officer, DNR link here. Hunting and trapping are regulated by the Minnesota Department of Natural Resources, regulations here.

Wolves can live in a variety of habitats ranging from forests to mountains to deserts to swamps. Today, most wolves have home ranges in forested regions that contain prey. Wolves are social animals that are often found in packs. A typical wolf pack has a dominant alpha male and alpha female breeding pair, subadult and juvenile offspring, and other subordinate adults. Wolves howl to announce their presence, and mark their territories with scat and urine. Wolves mate in February; 2-7 pups are born 63 days later and reared in an underground den (Hamilton and Whitaker, 1998). Pups stay with parents for at least one year, and don’t disperse until at least 2 years old. Wolves feed primarily on deer, moose, and beavers, but will also eat hares, birds, and small mammals (Forsyth, 1985). The most serious threat to wolf numbers in northeast Minnesota is decreasing in prey population (Hazard, 1982).

Wolves have historically been misjudged by many people, persecuted, and extirpated from much of their historical range (Hazard, 1982; Reynolds and Tapper, 1996; Laliberte and Ripple, 2004). Although wolves are sometimes viewed as a serious threat to livestock, in Minnesota a very low percentage of livestock is taken by wolves. From 1975-1986, only 0.33% of livestock and poultry producers in Minnesota reported losses to wolves (Fritts et al., 1992). There are no instances of wolves killing or injuring people in Minnesota, yet some continue to harbor fear of wolf attacks (Hazard 1982). Wolves generally avoid people, and should be viewed as an important component of a healthy environment.