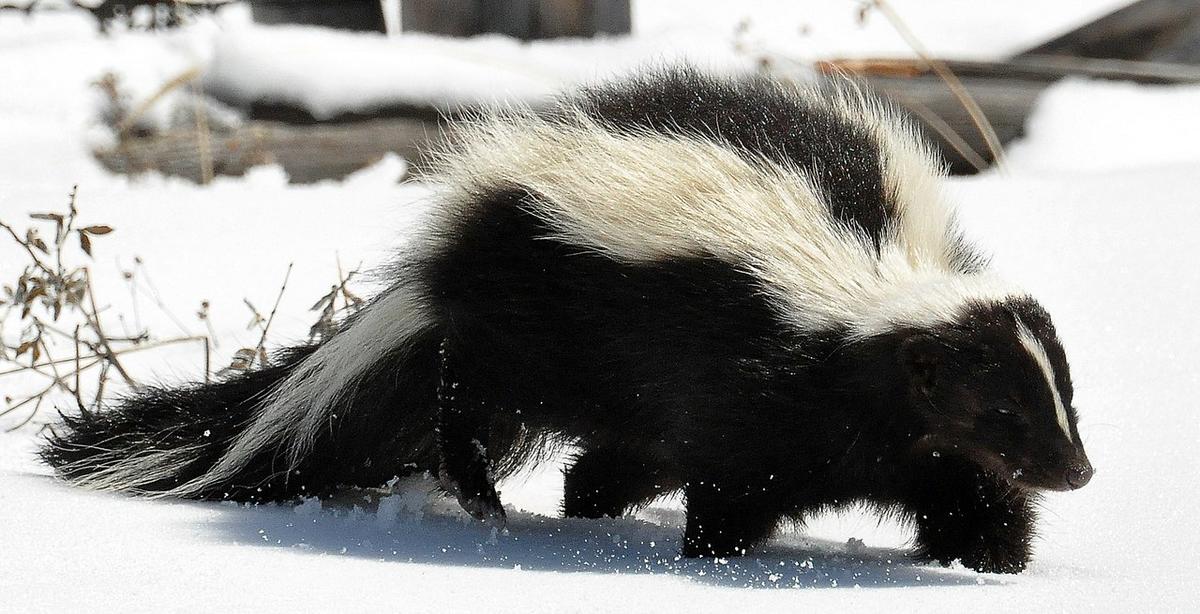 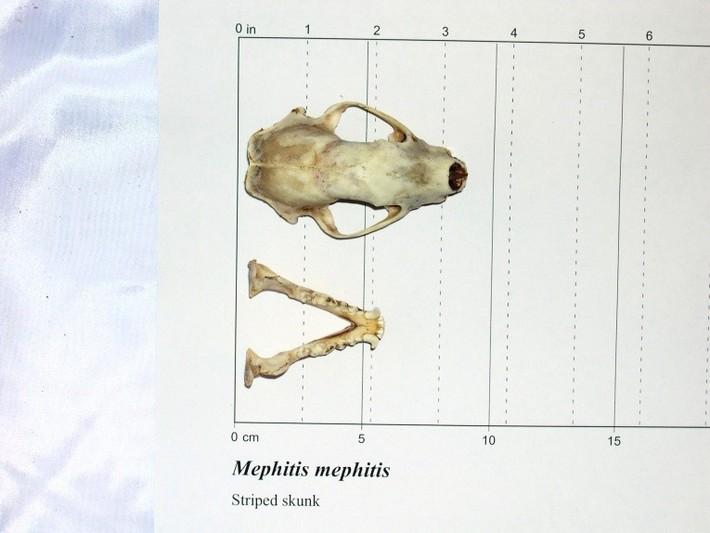 Striped skunks are found in a variety of habitats from southern Canada throughout the United States into northern Mexico.  Skunks readily adapt to urban, suburban, and agricultural land use.  Skunks can be found throughout the Great Lakes region, with populations secure in all states and Ontario. 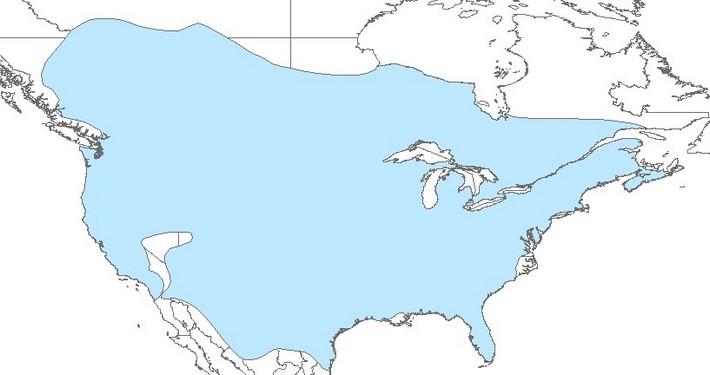 Worldwide, Mephitis mephitis is restricted to North America. Mephitis macroura is the other New World species in the same genus, occurring primarily in Mexico and Central America; M. mephitis and M. macroura ranges overlap along a narrow strip of the U.S.-Mexico border in the southwest U.S., into northern Mexico.

Striped skunks are classified as unprotected species in Minnesota.  Hunting and trapping are regulated by the Minnesota Department of Natural Resources, regulations.

Regionally, skunk harvest plummeted from peaks in the 1970s and 1980s.  Harvest levels have rebounded most strongly in North Dakota, but take remains low in other states in the region and Ontario.

Striped skunks are opportunistic omnivores, with a diet that varies with what is available.  Fruits, nuts, carrion, garbage, invertebrates, eggs, small mammals, amphibians, and reptiles can all be taken, but insects usually represent the majority of their diet.  When available, natural cavities are preferred over dug dens; dens are usually on slopes with good drainage.  Dens are usually short and shallow, a few yards long, and a yard underground.  Skunk dens have 1-5 well-hidden entrances, and end in 1-3 rooms lined with vegetation.  Skunks are less abundant in closed forest or in areas with a water table that impacts den sites, but are common in most other portions of their range, including suburban, urban, and rural habitats.  Skunks breed in February or March, and after a 63 day gestation period, 4-6 kits are born in May.   Young are born blind, with eyes opening between 2-4 weeks of age. At 2-4 weeks, kits can assume a defensive stance and discharge fluid from their scent glands.  Skunk anal glands are responsible for the sulfur compounds that, when sprayed, form the pungent scent that is a skunk’s primary defense.  Kits are able to follow their mother on hunting trips at two months, and soon after disperse.  Skunks are prey for raptors and larger mammal carnivores.

Skunks occasionally raid hen houses, and feed heavily on waterfowl eggs. Skunks are a major reservoir for rabies and other parasites.  Skunks spray when threatened, serving as a nuisance for sprayed humans and pets.  Skunks are a significant asset in controlling the populations of crop-destroying rodents and insects.  Skunk fur is an important asset to the fur industry, with pelts with a greater percentage of black grading higher.