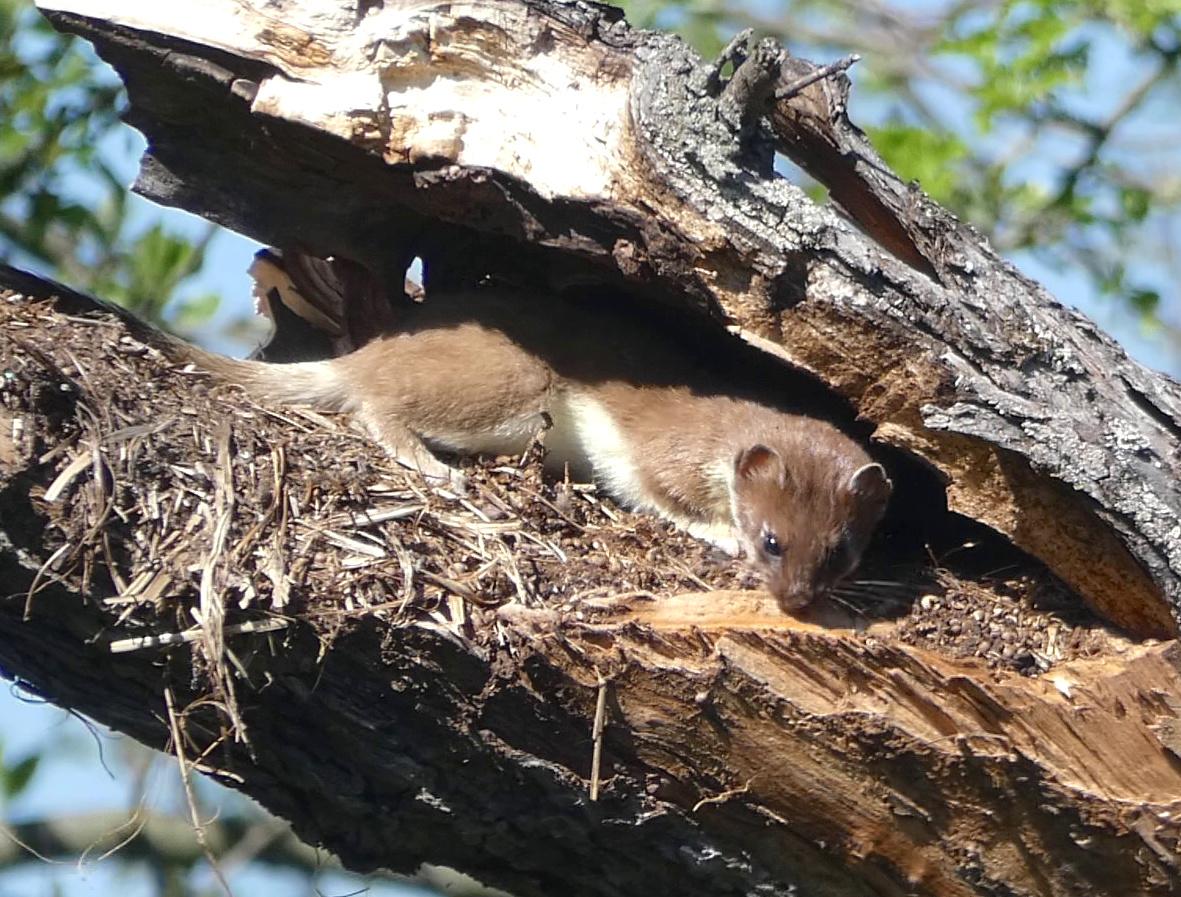 Ermine are small carnivores in the weasel family (Mustelidae).  The major identification challenge is distinguishing ermine from long-tailed weasels and least weasels.

Ermine are found from the Arctic into the Northeast United States, Great Lakes region, Pacific Northwest, Intermontane West, and Northern California.  Ermine can be found in a variety of habitats, including forest, tundra, and plains. Populations are secure or apparently secure throughout the Great Lakes region.

Worldwide, Mustela erminea is the most widespread weasel species, and is found throughout northern Asia, Europe, and North America.  Other Mustela species occur throughout the world, except for Australia, Antarctica, and most oceanic islands.

Ermine have an IUCN rank of Least Concern, IUCN information

Weasels, including ermine, are classified as unprotected species in Minnesota.  Hunting and trapping are regulated by the Minnesota Department of Natural Resources, regulations here. 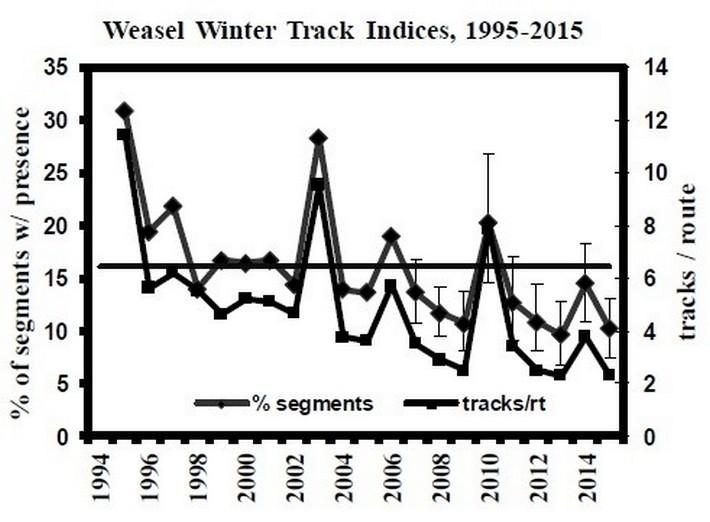 Harvest data for ermines, long-tailed weasels, and least weasels are pooled as “weasels”, making it difficult to isolate individual species trends.  Of the three pooled species, ermine are the most abundant over most of the Great Lakes region.  There is a lot of year-to-year variation in harvest, making it difficult to detect any long-term trends.

Ermine primarily prey on voles and mice, but will also take other small mammals, reptiles, amphibians, birds, and invertebrates.  Ermine breed in mid-summer, but have a delayed implantation, with a resulting 8-9 month gestation.  Females bear 4-9 young in April, with young eyes and ears opening at 5 weeks, and young dispersing by the end of summer.  Dens are in vacant chipmunk holes, or in brush/rock shelters.  To hunt, ermines will burrow under snow, and use snowshoe hare runways and pocket gopher burrows (Chapman and Feldhamer, 1982).  Ermines will cache excess food for later use.  Ermines in northern climes are brown in summer, and turn white in winter.  Ermine are prey for raptors, larger mammal carnivores, and snakes.

Ermines and other weasels are trapped for their pelts.  Weasels are sometimes viewed as threats to poultry operations, but rarely attack domestic fowl.  Weasels help control mice, voles, and other small mammal populations that can be pest species to humans.