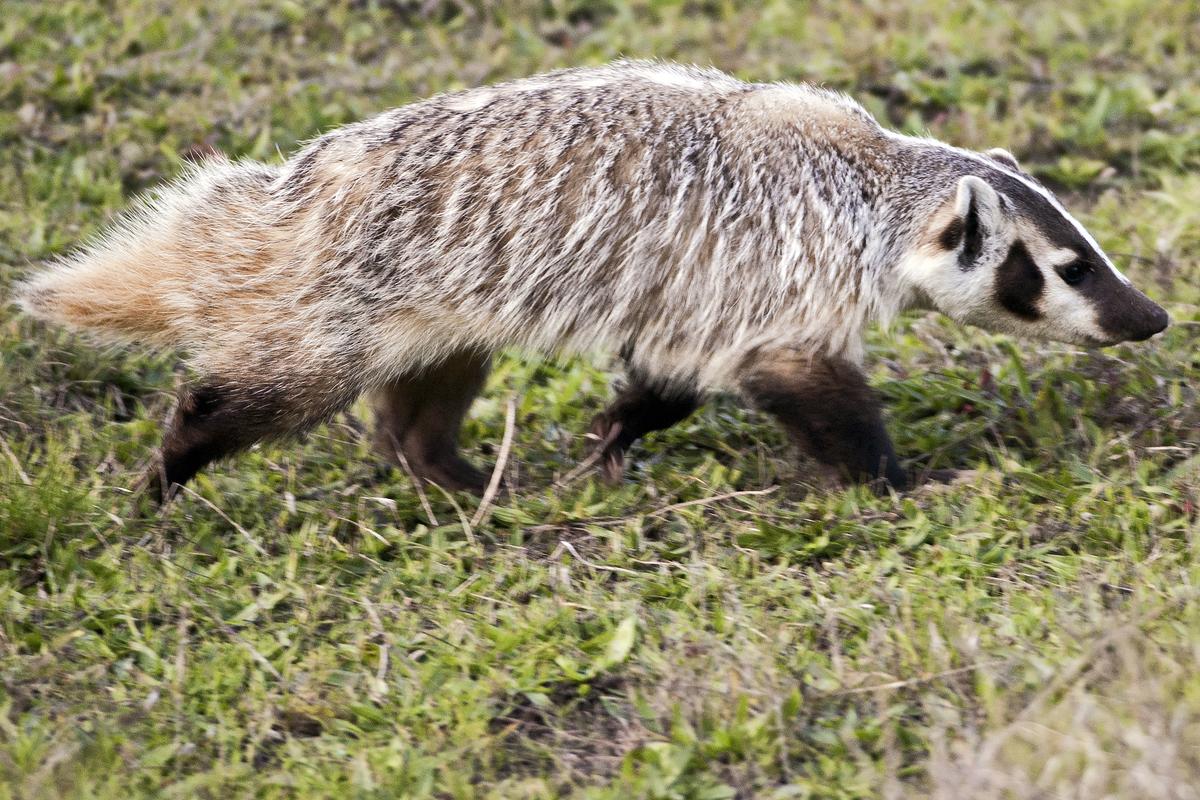 Badgers are largely nocturnal, medium-sized carnivores in the weasel family (Mustelidae).  Badgers are distinctive diggers with long claws on short, powerful legs.  Badgers have distinctive facial markings: black patches interspersed with white lines, including a white line extending from the nose back over the head.  Fur color ranges from greyish to yellow brown.

Measurements for this species from several difference sources are listed below. 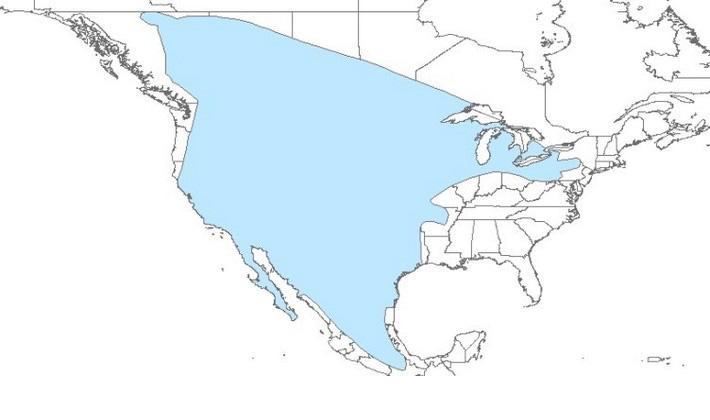 Worldwide, Taxidea taxus is restricted to North America. Taxidea taxus is the sole representative of the Taxidea genus, and the only badger found in the New World.  Badgers are found throughout Europe, Asia, and Africa.

Badgers have an IUCN rank of Least Concern, IUCN information.

Trapping for badgers, raccoons, foxes, and opossums are jointly administered in Minnesota, typically allowed during a period from fall through winter.  In 2017-18, open season will be from October 14th through March 15th.  Hunting and trapping are regulated by the Minnesota Department of Natural Resources, regulations.

Regional harvest was highest in the 1970s and 1980s.  In more recent years there are spikes in harvest, but no clear trends.

Badgers are specialized to dig out or ambush prey, particularly ground squirrels and pocket gophers. Badger diet also includes other small mammals, invertebrates, reptiles, amphibians, and small birds. Badgers dig their own burrows, and enlarge burrows from other mammals.  Burrows generally have a single, elliptical entrance, may extend over 26 feet (8 meters), and may be over 6 feet (2 meters) underground.  During cold winter days, badgers spend more time in their dens.  Badgers are found in largely treeless habitat in prairies, farmland, and deserts.  Badgers are sexually mature at 1 year and mate in late summer, but zygote implantation doesn’t occur until February or March.  In March or April 3-4 cubs are born in special natal dens, dens that typically have more branches than other dens to ease movement of multiple individuals.  Young don’t emerge from burrows until 4-5 weeks of age, and disperse in late summer.  Larger mammal carnivores occasionally take badgers, but automobiles, poisoning, trapping, and other human activities can be a more major cause of mortality for some populations.

Badgers provide an economic benefit by controlling populations of ground squirrels, pocket gophers, and other small mammals.  Rarely, badgers will raid hen houses or attack beehives.  Farmers can view badgers as pests because of problems with irrigation and injuries to livestock caused by badger burrows.  Badger fur is not economically important for trappers.