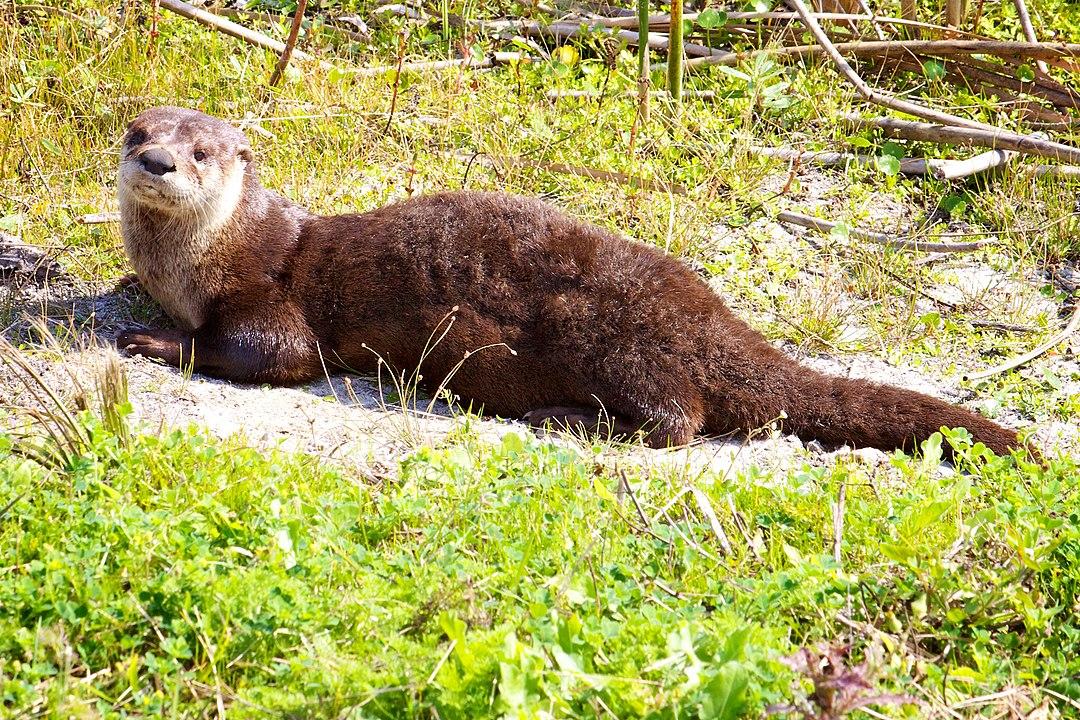 Otters are medium-sized, diurnal carnivores in the weasel family (Mustelidae) closely associated with lakes and streams.  Otters have stream-lined bodies with short legs, webbed toes, and a long tapering tail.  Otters have dark brown fur, with a lighter underside.  Otters can be distinguished from other carnivores by close association with aquatic habitat, and sleek body shape.

Measurements from Minnesota are from Hazard (1982), and from the Eastern United States are from Hamilton and Whitaker (1998). 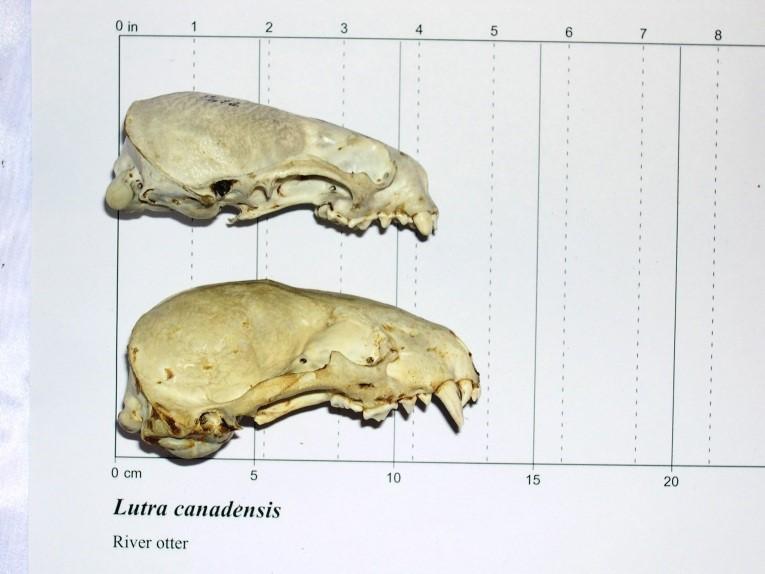 Otters are found closely associated with waterways throughout Alaska, Canada, the northern half of the Western U.S., Great Lakes region, Atlantic seaboard, Mississippi Valley, and Southeastern United States.  Populations are secure or apparently secure in Ontario, Michigan, Wisconsin, and Minnesota, vulnerable in Iowa, imperiled in South Dakota, and critically imperiled in North Dakota. 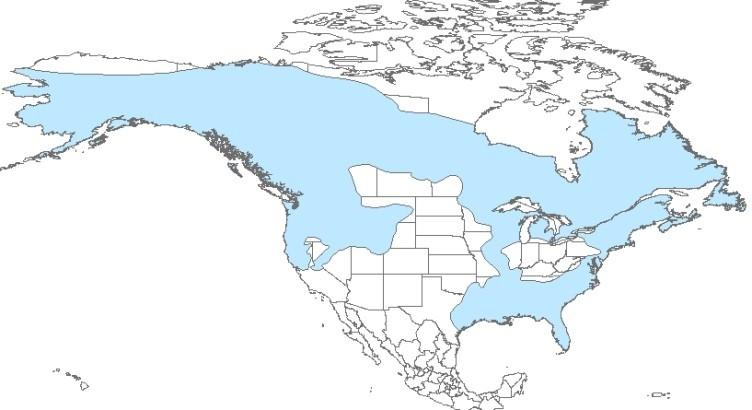 Otters have an IUCN rank of Least Concern, IUCN information.

Trapping for otters in Minnesota is typically allowed during a period in late fall/early winter.  In 2017-2018, open season will be from October 29th through January 8th.  Hunting and trapping are regulated by the Minnesota Department of Natural Resources, regulations. 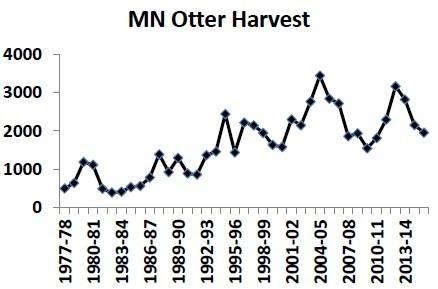 In Ontario, harvest has steadily declined from a peak in the 1970s and 1980s. In U.S. states, otter harvest has remained steady or increased.

Otters feed on fish and aquatic invertebrates, and are closely associated with lakes and streams.  Most otter activity occurs in mornings and evenings, with most feeding occurring in mornings.  Otters are sociable, can be seen sliding down banks into water, and mate in late winter or early spring.  Females bear 2-4 young after 10-12 month gestation, due to delayed implantation.  Adults do not mature sexually until 2 years old, and males often do not breed successfully until 5-7 years old (Hazard, 1982; Chapman and Feldman, 1982).  Females use natal dens dug by other animals, or natural structures.  Otters swim well with sinusoid movements in water, while on land move with a weasel-like lope.  Otters are occasional prey for larger mammal carnivores.

Otter presence is a good indicator of quality riparian and aquatic habitat.  Otter populations are negatively impacted by decreases in water quality from siltation, pesticides, and acidity, destruction of riparian vegetation, and decline of prey species.  Otters do eat game fish, so can be a problem at fish hatcheries, but are not abundant enough to significantly impact fishing in streams and lakes. Otters generally avoid people. Otters are a desirable furbearer species, with overharvest a historical and contemporary threat (Laliberte and Ripple, 2004).