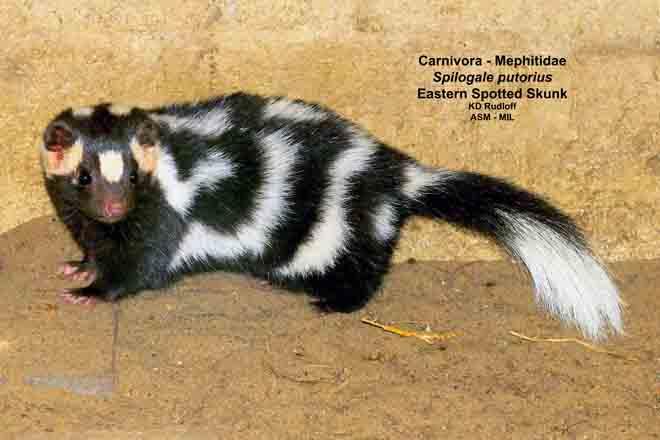 Spotted skunks were a common component of the Great Plains, Appalachians, and Southeastern U.S. regions, until the 1940s when populations crashed (except for the Florida subspecies). Since the 1940s, populations have continued to decline precipitously, except for the stable Florida population (Gompper and Hackett, 2005).

Modernization of agricultural practices (removing hedgerows, clearing edges, use of pesticides), as well as trapping may have contributed to the declines, but no definitive cause(s) has been determined (Gompper and Hackett, 2005; IUCN, 2017).  Populations are critically imperiled and imperiled in Minnesota, North Dakota, and Iowa, and vulnerable in South Dakota. 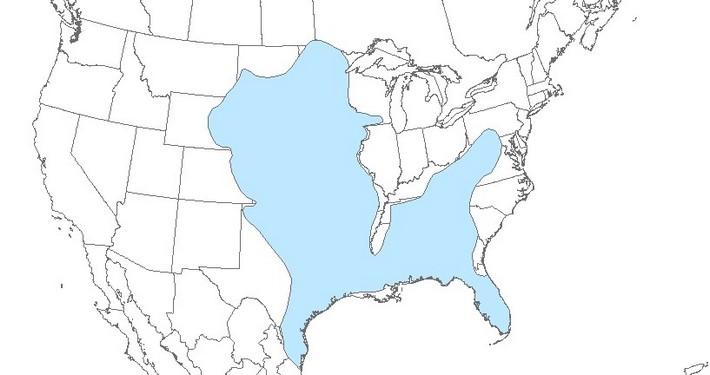 Spotted skunks have an IUCN rank of Vulnerable, IUCN information.

Regional records suggest that in the early 1900s, spotted skunks extended their range northward into Minnesota (Minnesota DNR, 2017).  Spotted skunks were common around farms, and state harvest peaked at 19,400 in 1946, before populations plummeted.  Since 1996, spotted skunks have been classified as threatened in Minnesota, and any sightings should be reported to Minnesota DNR.  Hunting and trapping are regulated by the Minnesota Department of Natural Resources, regulations here. 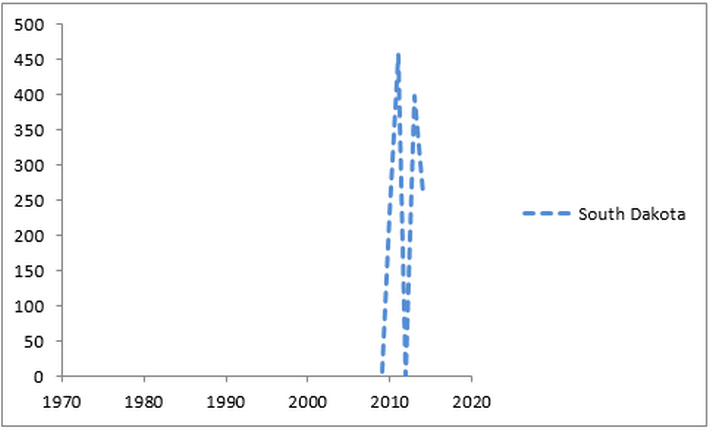 In the Upper Midwest, only South Dakota has reported spotted skunk harvest in the last 30 years.  From 2009-2014 a modest skunk harvest was reported, with much year-to-year variation.

Spotted skunks live in fields and nearby cover, such as fencerows, gullies, barns, outbuildings, thickets, woodpiles, hollow logs, and riparian woodlands.  In the Great Plains, spotted skunks are closely associated with farmlands (Chapman and Feldhamer, 1982).  Spotted skunks eat a variety of arthropods, small mammals, birds, eggs, lizards, snakes, frogs, carrion, garbage, fruits, and corn, but especially insects, rabbits and rodents (Hazard, 1982).  Mating occurs in April, and after a 50-65 day gestation, 4-6 kits are born in June in dens under cover.  Kits are blind until their eyes open at about one month, can emit musk at 1.5 months, are about as large as adults at 3 months, are able to disperse by 4 months, and are sexually mature by 1 year.  Spotted skunks can climb trees, and spray is their primary defense.  Spotted skunks will sometimes perform a handstand on front legs as a warning before spraying.  Skunks are prey for raptors and larger mammal carnivores.

Farmers initially provided additional habitat for spotted skunks by draining marshes and providing additional cover, but modernization of farms has eliminated cover habitat.  Skunks spray when threatened, serving as a nuisance for sprayed humans and pets.  In addition, skunks will occasionally raid hen houses, and spotted skunks are a carrier of rabies.  Thus, detected skunks are sometimes trapped or poisoned as a pest species.  Skunks are a significant asset in controlling the populations of crop-destroying rodents and insects.