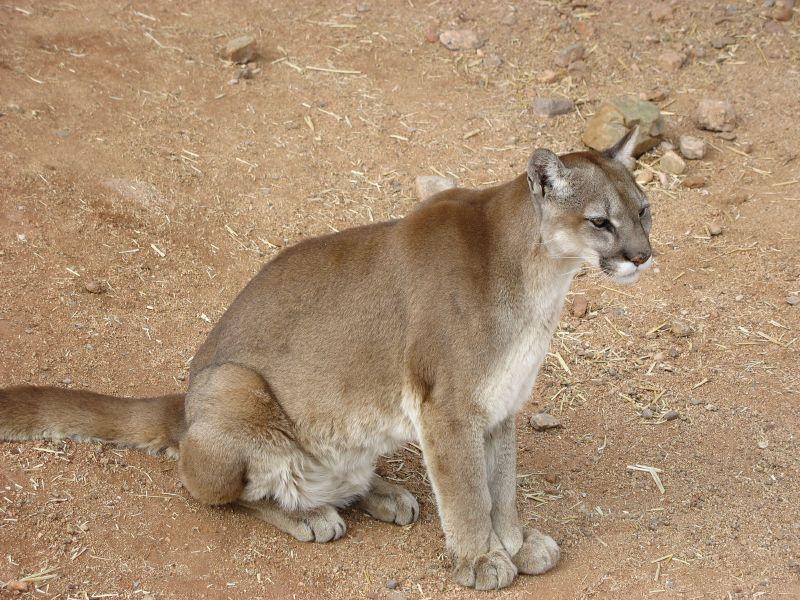 Cougars can be distinguished from other cats by their large size, long cylindrical tail, and tawny, spotless fur color.  Cougar ears are rounded and lack ear tufts, while bobcat and lynx ears are more triangular.

Measurements from Wisconsin are from Jackson (1961), and from Florida are from Hamilton and Whitaker (1998). 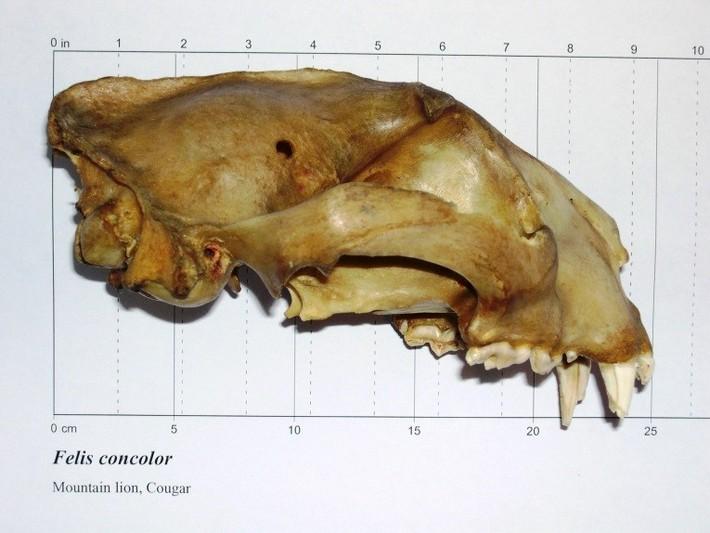 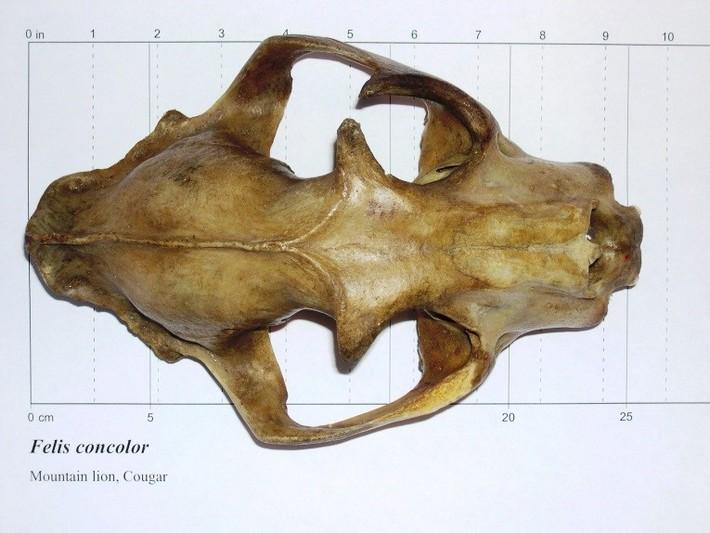 Historically, cougars had the widest range of any mammal in the Western Hemisphere, ranging from southern Canada to the southern tip of South America, and found in every major habitat type of the Americas.  In the U.S. and Canada, cougars have been largely extirpated east of the Rocky Mountains, although populations persist in the Dakotas and in Florida.  Cougars have historically been viewed as a threat to livestock and as a trophy for hunters, which has led to population declines and extirpations (Reynolds and Tapper, 1996; McCollough, 2011).  Populations are imperiled in North Dakota and South Dakota. 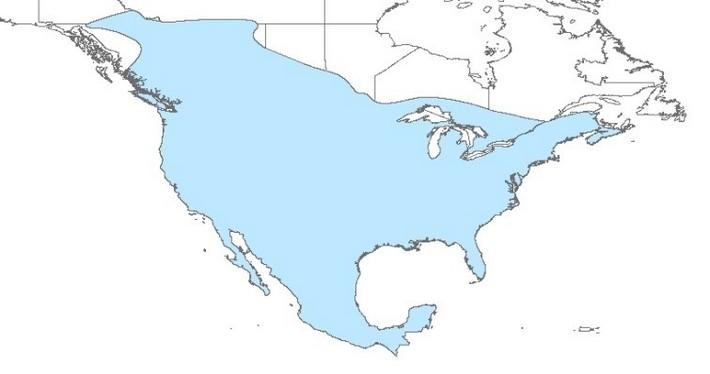 Worldwide, Puma concolor occurs throughout the Americas, with a northern distribution limit in southern Canada.  Cougars are in the process of recolonizing regions in the eastern United States from which they have previously been extirpated (Larue et al., 2012), and a breeding population of cougars could become established in the Great Lakes region at some point in the future (Oneil et al., 2014).  The terms cougar, puma, and mountain lion all refer to the same cat species.

Cougars have an IUCN rank of Least Concern, IUCN information.

Fourteen verified sightings of cougars have occurred in Minnesota in the last four years.  Any sighting should be reported to a local conservation officer. Cougars are a protected species and may only be killed by a licensed peace officer or authorized permit holder.

Cougars feed predominately on deer, but will opportunistically take other mammal prey (Anderson and Lindzey, 2003).  Females raise litters of 2-3 kittens after 82-98 day gestation; kittens remain with their mothers for 18-20 months.  Kittens are generally born in summer, but may be born any time of year.  Females breed in alternate years, with adult males and females reaching sexually maturity between 2 and 3 years old.  Cougars use piles of pine needles, leaves, and dirt (called scrapes) to mark territory, as well as urine.  Hunting is one of the largest sources of cougar mortality (Chapman and Feldhamer, 1982).

Cougars avoid people and will rarely attack even when cornered.  Cougars help control deer populations.  Cougars are known to kill livestock as a small percentage of their diet (Chapman and Feldhamer, 1982), resulting in conflict with ranchers in the western United States.  Cougars are a desirable trophy species for some hunters. Predator control led to cougar extirpation from most of the Eastern and Midwestern United States (Reynolds and Tapper, 1996; McCollough, 2011).